July 26, 2019 Finding God in the Everyday blog - A Devotional Blog for Women

Joining up with the Five Minute Friday group today where you write for 5 minutes on a one word prompt and share.  This week’s prompt is ‘middle’.

The middle is a funny time isn’t it?  It doesn’t have the joy and expectation of the beginning nor the resolution of the end.  It is just the middle and it might be long and boring.

I have been looking at Hebrews 11:1 this week and I think that this is the answer for our middles:-

Faith is the assurance of things hoped for

The conviction of things not yet seen.

July 14, 2019 Finding God in the Everyday blog - A Devotional Blog for Women

Linking up today with the Five Minute Friday group, where we write on a one word prompt for five minutes.  Today’s prompt is Willing.

I am late in writing this week mainly because when I saw the prompt word ‘Willing’, it somehow just seemed too big, too deep.  Not only what was I going to write about, but what does it actually mean for me to be willing, what does that look like in my everyday life?

It conjures up pictures of sacrifice, hardship, struggle and do I really want that?  Absolutely not, give me my comfort any day!

Sacrifice for a greater reward?  Maybe

Sacrifice because Jesus asks?  Well, I suppose so.

In recent months the area I have had to be willing is in the area of truth.  Standing up for truth and reality.  I have realised more and more not just the lies our society tells itself  and enforces on others, but also the unreality of situations it is presenting as though this was the truth and acceptable.

In my work place unreality and deception have ruled until I was willing to take the stand and say NO, actually this is not the way it should be, actually I am not going to bow down to this.  The consequences have not been as I imagined, I thought I could write a ‘happy ending’ and victory story, but that has not been the case.  Unreality completely over-ruled, and like most things truth got smudged, emotions got in the way and people got hurt.

Am I glad I did it, even though it hasn’t turned out as I expected?  Hesitantly, yes I think I am because we are called to truth aren’t we and it is the truth that will set us free.

Would I be willing to put myself in that position again?

Yes, Lord I am willing.

Because really there is nothing else we can do when we are following the Master.

July 5, 2019 Finding God in the Everyday blog - A Devotional Blog for Women

Linking up today with the Five Minute Friday group, where we write on a one word prompt for five minutes.  Today’s prompt is Take.

Take according to the dictionary = lay hold of (something) with one’s hands; reach for and hold.

So what do I take? What do I lay hold of, what do I reach for and hold?

To me it is the promises of God.

I want to reach out, I want to take hold of those promises, I want to hold them tight and not let them go.

When there are things which would come my way and distract me, shiny things begging for my attention and to be taken, I say no to laying hold of them and instead reach for the promises of God.

When doubts come and lies are whispered, ‘Did God really say ……’, then I take hold of the promises that God is good, God is faithful, God is steadfast, and that He has set His love on me.

When I feel a bit swamped by life, a bit buffeted by trials, then I reach out to the promises that God is with me, God will never fail me, that He is my rock, my refuge, my hiding place.

I reach out, I take hold of and I hold on tight. 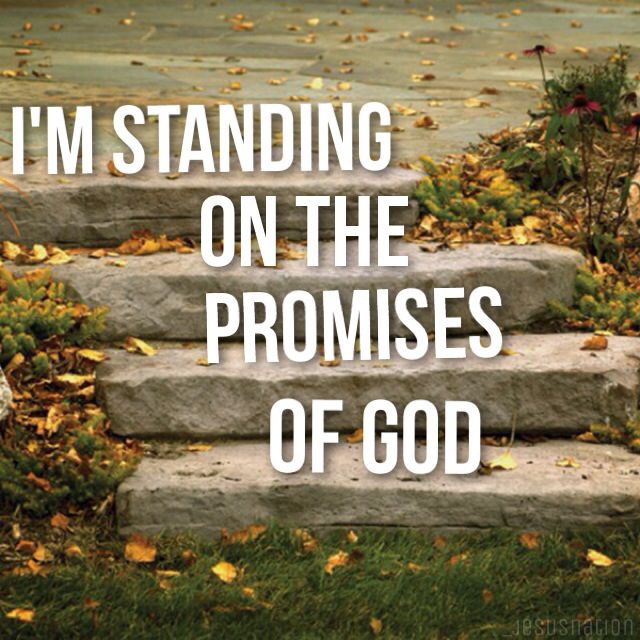