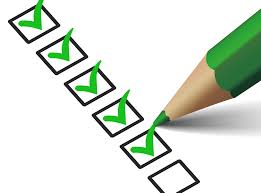 So have you started your Christmas preparations yet?  Even I have been forced to think about them earlier this year than I normally do!!!!   Though that frantic stage hasn’t quite been reached yet in the shops or with the round of activities, but as December approaches the calendar is getting full!

When life gets busy, when the pressure is on, when we are expected to produce meals AND smile, what is the first thing that goes?  Is it your ‘Quiet time’, your prayer time, those precious minutes with the Lord?  Too busy in the morning, the day too crammed and too tired at night?

In the midst of the pressing crowds, the teaching, the healing, the travelling Jesus always withdrew to a quiet place to reconnect with His father.  How much more do we have to do this.  The busier we are, the more we need to withdraw to pray, to reconnect, to soak in God’s Word.

So in this Season of Preparation, let us not neglect our Quiet Times with the Lord, but make them a priority.  Let us be intentional in the setting aside of time, let us ‘make room in our hearts for Jesus’.

I love this Christmas Song by Casting Crowns,

In the midst of the preparations, have you any room in your heart for Jesus?   The Preparation is to welcome Jesus in, to focus on the Saviour who was born to die for us. Let us not take our eyes off the reason for the Season, let us not become distracted by all the glitter, that we forget the stable and the cross

This weekend is ‘Remembrance Day’, when we remember those who gave their lives in the Great Wars, that we may live in freedom.  This year marking one hundred years since the end of World War One, makes it even more significant.  Armistice Day is on 11 November and is also known as Remembrance Day.  It marks the day World War One ended, at 11am on the 11th day of the 11th month, in 1918. A two-minute silence is held at 11am to remember the people who have died in wars.

There is much to talk about – freedom, sacrifice, grief, and pain and the things we don’t talk about like PTSD, and the mental and emotion scars wars, any war, all wars, leave on those who have fought and those who have watched them go, those still picking up the pieces.

It is a hard time in our house, the tension is palpable as the uniform is pressed, as the shoes are shined  and as the medals are pinned on. The memories unbidden, the fears often quelled rise again, the dreams return, events which no-one wants to re-live come back, all still take their toll, all still have their hold on a life that too young had to face too much, so that even now, even now the scars pulse.

So for me, as we wait for the parade, as I catch sight of my love in his uniform my heart swells both with pride and fear and my eyes fill with tears as I catch sight of the tension in his jaw, his pain.  As we bow our heads for the ‘two minutes silence’, I remember those who have gone on before, I pray for those still here who silently bear the scars and ask for protection on those who may still  have it all to face. 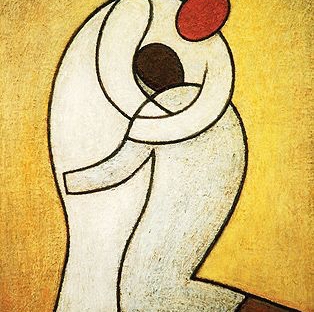 When I was looking at ‘The Lord is Gracious and merciful, slow to anger and abounding in steadfast love’, the one parable which kept coming to me was the parable of the Prodigal Son.  Not so much the son, but the father and the way the father was with the son and how we see God exemplifying these qualities in this parable.  I just want to look at it briefly with you.

The Parable of the Lost Son

11 Jesus continued: “There was a man who had two sons. 12 The younger one said to his father, ‘Father, give me my share of the estate.’ So he divided his property between them.

13 “Not long after that, the younger son got together all he had, set off for a distant country and there squandered his wealth in wild living.14 After he had spent everything, there was a severe famine in that whole country, and he began to be in need. 15 So he went and hired himself out to a citizen of that country, who sent him to his fields to feed pigs. 16 He longed to fill his stomach with the pods that the pigs were eating, but no one gave him anything.

17 “When he came to his senses, he said, ‘How many of my father’s hired servants have food to spare, and here I am starving to death! 18 I will set out and go back to my father and say to him: Father, I have sinnedagainst heaven and against you. 19 I am no longer worthy to be called your son; make me like one of your hired servants.’ 20 So he got up and went to his father.

“But while he was still a long way off, his father saw him and was filled with compassion for him; he ran to his son, threw his arms around him and kissed him.

21 “The son said to him, ‘Father, I have sinned against heaven and against you. I am no longer worthy to be called your son.’

22 “But the father said to his servants, ‘Quick! Bring the best robe and put it on him. Put a ring on his finger and sandals on his feet. 23 Bring the fattened calf and kill it. Let’s have a feast and celebrate. 24 For this son of mine was dead and is alive again; he was lost and is found.’ So they began to celebrate.

25 “Meanwhile, the older son was in the field. When he came near the house, he heard music and dancing. 26 So he called one of the servants and asked him what was going on. 27 ‘Your brother has come,’ he replied, ‘and your father has killed the fattened calf because he has him back safe and sound.’

28 “The older brother became angry and refused to go in. So his father went out and pleaded with him. 29 But he answered his father, ‘Look! All these years I’ve been slaving for you and never disobeyed your orders. Yet you never gave me even a young goat so I could celebrate with my friends. 30 But when this son of yours who has squandered your property with prostitutes comes home, you kill the fattened calf for him!’

31 “‘My son,’ the father said, ‘you are always with me, and everything I have is yours. 32 But we had to celebrate and be glad, because this brother of yours was dead and is alive again; he was lost and is found.’”

We see the graciousness of the Father when he welcomes the son.  Indeed father was on the look out for the son, maybe today would be the day he would return home!  Father was waiting to be gracious to the son, he ran to him, embraced him, so happy to see him!  There is a place of return in Grace.

We see the mercifulness of the Father when he doesn’t punish the son or treat him any differently, he is still his son (even if son didn’t feel worthy of it).  Father had compassion on son, son gives his prepared speech, but father has moved on, already forgiven him.

We see the Father being slow to anger with the son, he has patiently waited for son to come home.  The son’s act of repentance was in coming home.  It was still in the Father’s heart to forgive, he hadn’t held it against the son, that the son had asked for and squandered the family inheritance and the pain that would have caused the father.

We see the father abounding in steadfast love towards the son as he lavishes gifts upon him – the best robe, a ring on his finger, sandals and a feast!  So generous of the father, pouring out love onto his son.  His love hadn’t wavered in all the time the son was away, father’s love was steadfast.

Such a beautiful, beautiful picture of the Father-heart of God with us.  This is how He acts towards us, this is how much He loves and longs for us.

We are like the prodigal, the reckless waster, we have gone off on our own way, asserting our own rights, thinking we know best.  But when we ‘come to our senses’ and see the life of  abundance & love God offers compared to the restless poverty we are in and we return, then we too find the Father there waiting for us!  We may think we are too ‘unworthy’ to come, that we had gone too far away, but God the Father is gracious and merciful, slow to anger and abounding in steadfast love.

The Father gives us what we don’t deserve, the Father doesn’t give us what we do deserve!  He is slow to anger, waiting long for us to return to show to us His forgiveness.  And the Father showers His blessings on us.  He welcomes us in as part of the family, forgiving and forgetting, not holding our sin against us.  He sets His love over us and rejoices over us.l

The Father heart of God is watching and waiting for us.  Let us return and find His grace and mercy and find His generous, abounding love in our lives.  What a welcome we will receive!